A chronic condition like HIV can affect every area of your life. At University Health, we understand. We provide comprehensive HIV care that's focused on you and your needs. We treat you as a person, not a disease.

We are here to provide you with access to HIV doctors, specialists for other conditions, medications, case management, treatment adherence and other services to help you manage your health.

We are also the primary teaching hospital for the University of Missouri – Kansas City School of Medicine. So we have access to the latest evidence-based treatments. 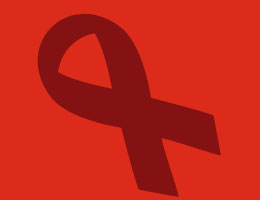 Your risk for getting HIV can depend on how you were exposed to it. How much do you know about how HIV can and cannot be spread?

Our HIV team includes physicians who are board-certified in internal medicine and infectious diseases, along with nurses and a nurse practitioner. In addition, we have a support team of caseworkers, social workers and peer educators—people who know what it's like to live with HIV and can offer guidance and an understanding ear.

Our team provides an array of outpatient and inpatient programs and services for HIV-positive patients, including:

Your healthcare team isn't limited to the professionals in the infectious diseases clinic. We can refer you to specialists like dietitians or physical therapists, should the need arise. We also work closely with experts in behavioral health to empower our patients to thrive with—not in spite of—a chronic condition.

This free program is available for people who are living with HIV/AIDS. The program's case managers are active members of your healthcare team who will help you with things like service authorizations, including access to Ryan White Primary Care and the AIDS Drug Assistance Program. Your case manager can also help you access mental health and substance abuse counseling and community resources to help out with housing.

To enroll in Ryan White Medical Case Management Services, you must provide proof of HIV status, income and residency. You must also meet with your case manager at least twice a year and participate in your medical care.

We're pleased to offer HIV Pre-Exposure Prophylaxis (PrEP), a medication that can be taken to prevent HIV. It's a good option for people who are HIV-negative but at high risk for the virus.

PrEP is just one pill a day. It contains two medicines that fight HIV. People who take the medication must commit to taking it each day and seeing their doctor regularly.

To schedule an appointment or for more information about PrEP or other services, please call 816.404.1885. Clinic hours are Monday through Friday, 8 am to 4:30 pm.

For information about health services for people with HIV, download this resource directory.